IT’S TIME FOR A PERMANENT SOLUTION.

Migraines are caused by inflamed or irritated nerve endings which is referred to as a trigger. Loud noises, strong smells, bright lights, even seasonal allergies can trigger a migraine headache. It’s difficult to avoid triggers.

For many years, medication was the only treatment option for migraines. Today, migraine surgery can be performed to remove the trigger by decompressing the nerve permanently.

Dr. Guyuron pioneered this procedure and he has been highly successful, with more than 90 percent of patients reporting significant improvement or elimination of migraines with long-lasting effects. The biggest benefit is eliminating or greatly reducing migraines permanently, which means less time dealing with a debilitating migraine and more time enjoying life.

HOW DOES SURGERY WORK?

Migraine surgery is performed as an outpatient procedure for most patients. Small incisions are made to remove muscle or fat tissue and possibly remove or adjust the nerve at the migraine trigger site.  Dr. Guyuron has simplified the surgery so that many patients who undergo this minor procedure can return to work the same day or the next day.

If you have migraines, and other treatments have failed, it might be time to discuss your options with Dr. Guyuron. He can explain the procedure in more detail of the other risks and benefits, including the aesthetic benefits associated with procedures. Contact the office today to schedule your consultation with Dr. Guyuron. The office is in Beachwood, Ohio and he can consult via Skype for out-of-town patients.

THE PIONEER OF MIGRAINE SURGERY 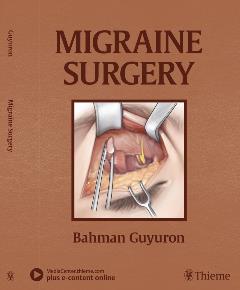 Dr. Guyuron discovered migraine surgery by accident in 1999 after his plastic surgery patients told him that they had not suffered a migraine since their forehead lift. Dr. Guyuron began to study the procedure and its effects on those with migraines; he found that out of 314 of his forehead lift patients, 31 of 39 that previously reported migraine headaches experienced “significant improvement or elimination of” migraine headaches.

Dr. Guyuron theorized that the majority of migraines occur when the peripheral branches of the trigeminal nerve become irritated and release neurotoxins. Based on his understanding, Dr. Guyuron adapted forehead lift into nerve decompression surgery. He identified multiple trigger points around the face — mostly on the forehead, temple, back of the head and behind the eyes — and developed specific surgical techniques for each trigger site.

Dr. Guyuron has published more than 26 peer-reviewed articles, offering evidence-based proof as to the efficacy of this operation. In most of these articles, somewhere between 80 percent to 92 percent of the patients reported a minimum 50 percent reduction in migraine headaches and roughly 1/3 of the patients experienced complete elimination of the headaches. He uses objective evidence such as ultrasound Doppler and CT scan to identify the trigger sites.

In 2018, he authored a new textbook, “Migraine Surgery” published by Theime, an international medical and science publisher. It is the definitive guide on migraine surgery from the world’s leading authority. With contributions from top neurologists and plastic surgeons, this state-of-the-art book is the only one on the market dedicated to the surgical treatment of migraines.

I’ve had [migraines] for 20 years — half of my life. I’ve wasted my whole young adult life with migraines. It is like being reborn. It has been 15 months since my surgery and have had no migraines — zero.

The pain would sometimes make me cry… basically I would tell you I’ve had zero migraines [since the surgery]. You realize there is a freedom that I have never had in my life, and you go, ‘This is life altering!’

I had the migraine syndrome for 20 years and it did own my life. It was depressing, it was debilitating, it was somewhat of a nightmare really… [Theresa had the procedure five years ago.] I feel absolutely that it was a gift and it gave me my life back. 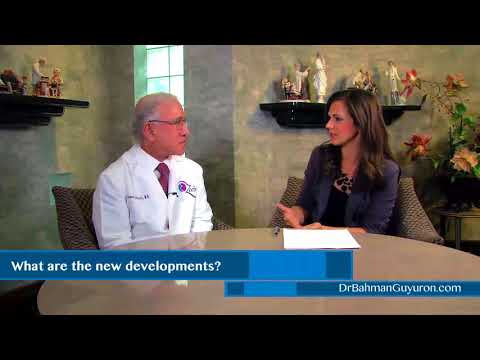 A New Development to Treat Migraines 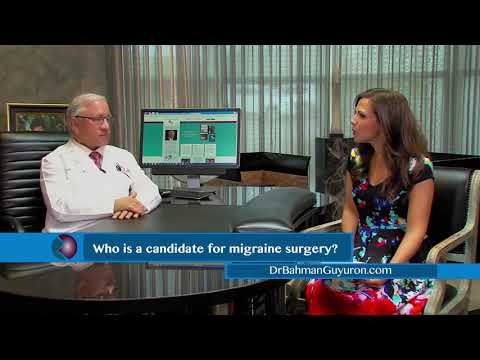 The Pioneer of Migraine Surgery 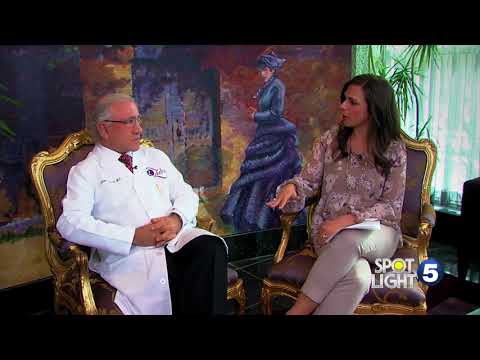